Untill the World War II, folk dances were practiced widely in everyday life of lithuanians, mostly in rural areas. During the Soviet occupation in the following years living traditions were suppressed due to the new regime. During the 60-s, the cultural politics became less strict and there was an awakening of traditional folk dances, but now as staged performances. Several decades later a new wave of folk dancing movement was on its way. Prime movers behind the movement, was The Traditional Dance Club, established in Vilnius in 2002 by the Lithuanian Ethnic Culture Society.

The new practice of folk dancing beyond the stage became popular and people from both young and old generations took part. The Club turned to be Lithuania’s leader of spreading traditional dances.

The aim of the Lithuanian Ethnic Culture Society was to promote almost lost social function of folk dancing, which is the opposite of the dance performance on the stage. The main goals of the Club are to spread traditional Lithuanian dances to the society and to develop methods of teaching traditional dancing by cooperating with teachers from all over Lithuania and other European countries.

First dancing activities of the Club took place in cafes, small restaurants and halls, but soon it moved to larger spaces and during summertime – to the squares of the old town in Vilnius. 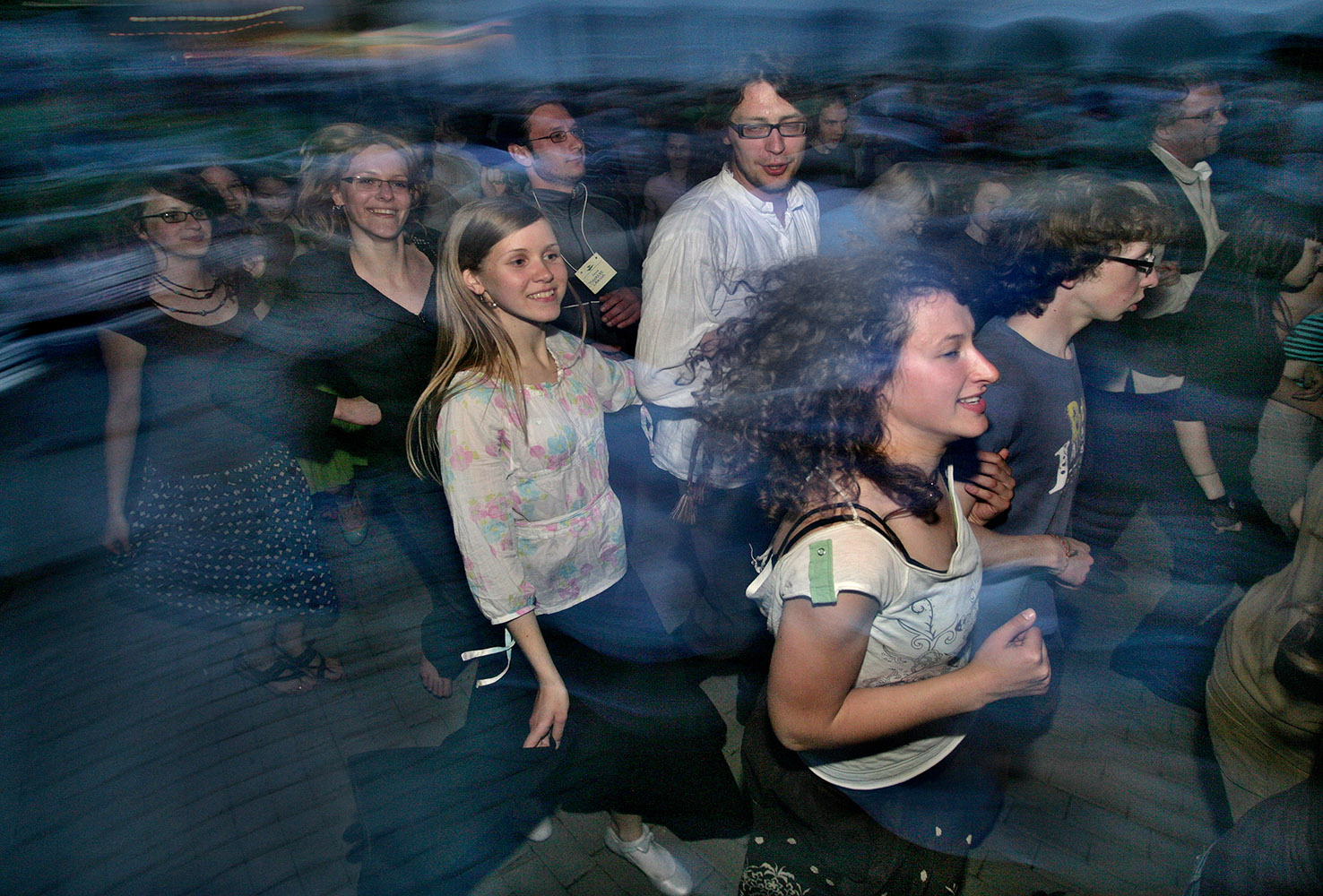 Since the very beginning, gatherings of the Traditional Dance Club in Vilnius take place every Thursday (including the traditional dances workshop and later – the dance party). Club is open for everyone, its participants are able to learn dances from various Lithuanian ethnic regions and sometimes even dances from other countries. The live music is performed by musicians who play accordion, bandoneon, violin, etc. 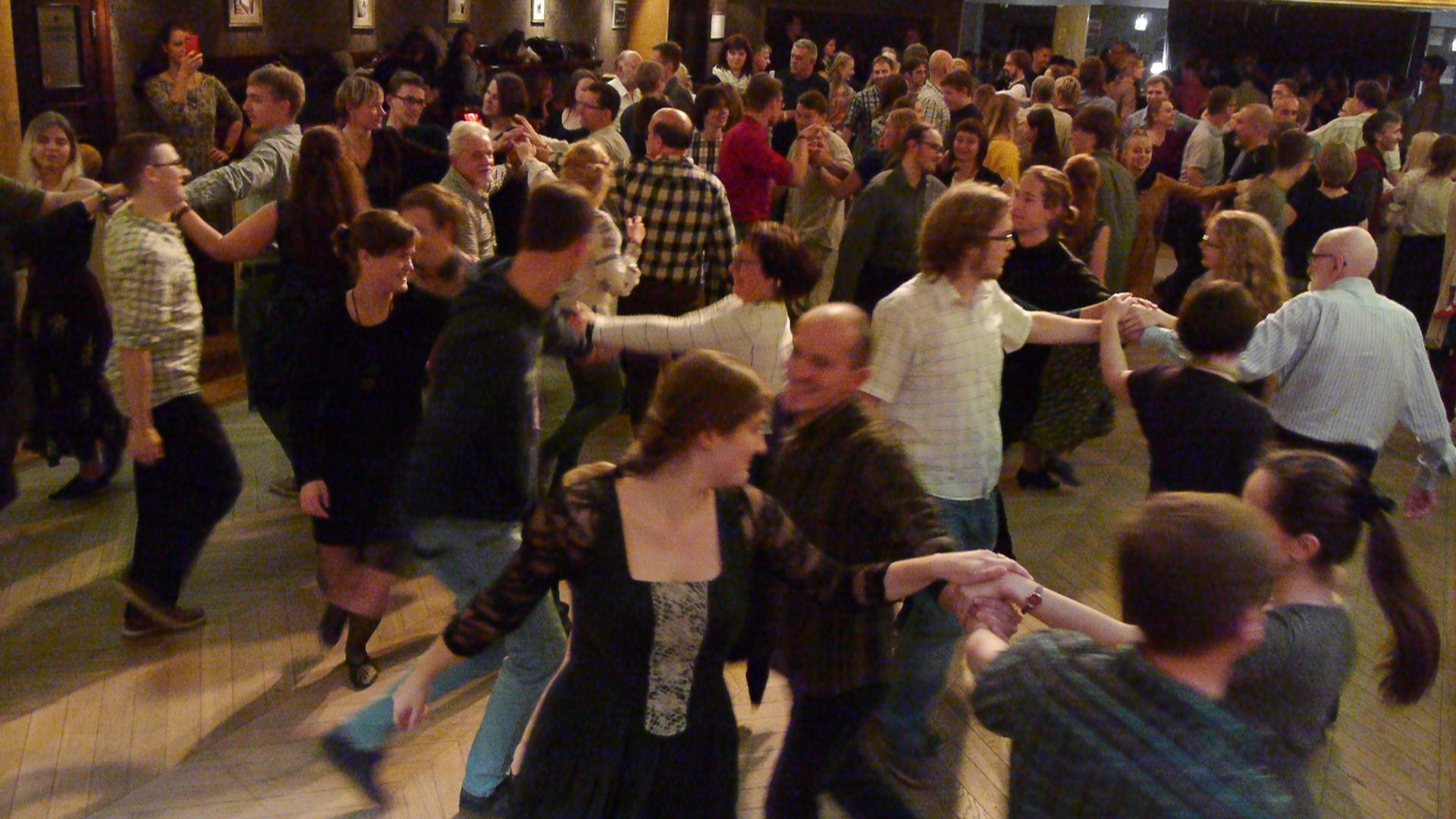 Since 2004, the activists of the Traditional Dance Club began to organize international traditional dance summer camps. Every year the camp is held in a different region of Lithuania, it takes place outside in the nature where most of the participants reside in tents. The programme of camps includes the dance workshops and the dance parties (including night dancing), also the workshops of traditional music playing and traditional crafts. 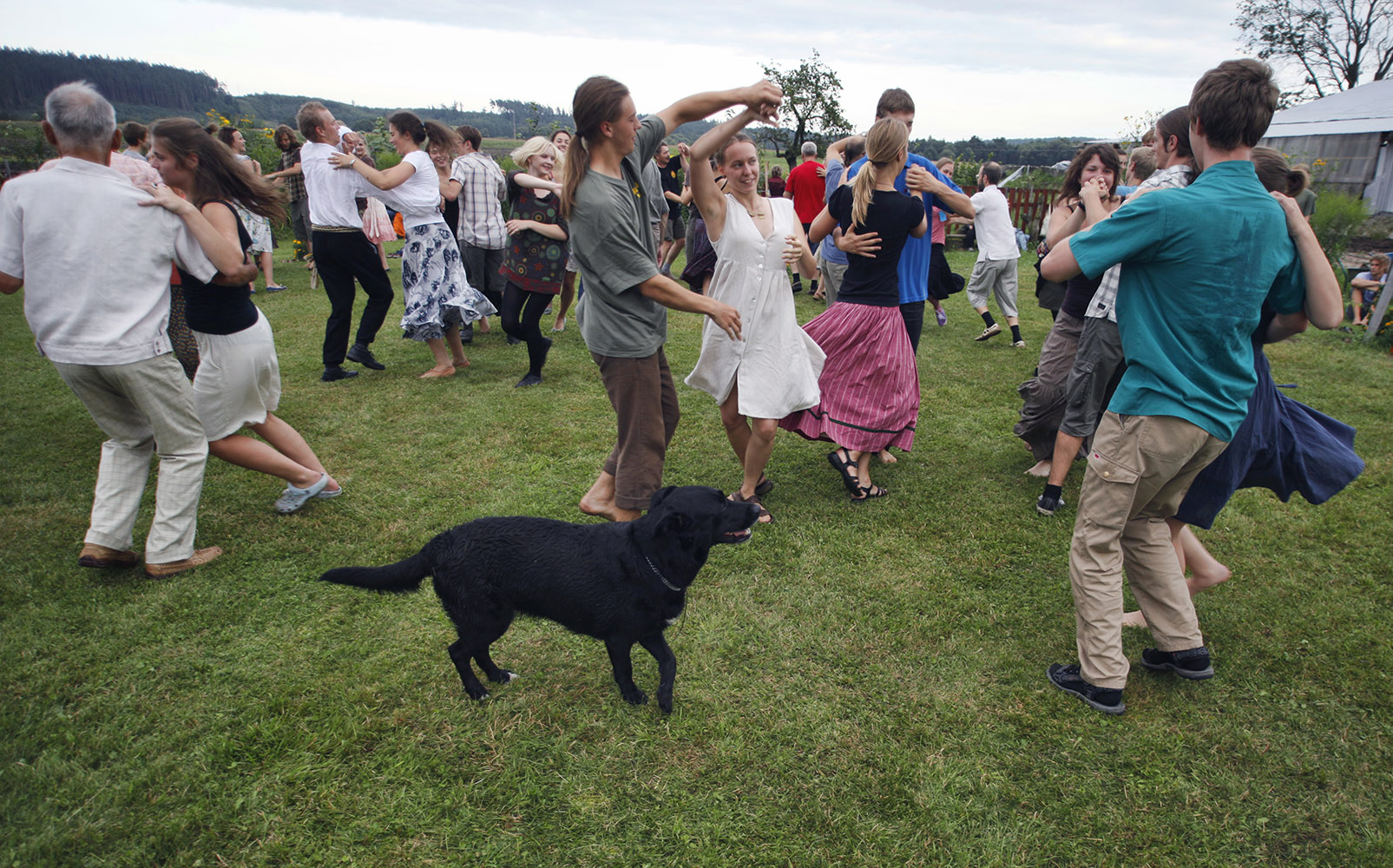 International traditional dance camps had encouraged the creation of such clubs in other towns of Lithuania. Following the example of the first Traditional Dance Club similar clubs where established in Kaunas, Varėna, Klaipėda, Utena and elsewhere. 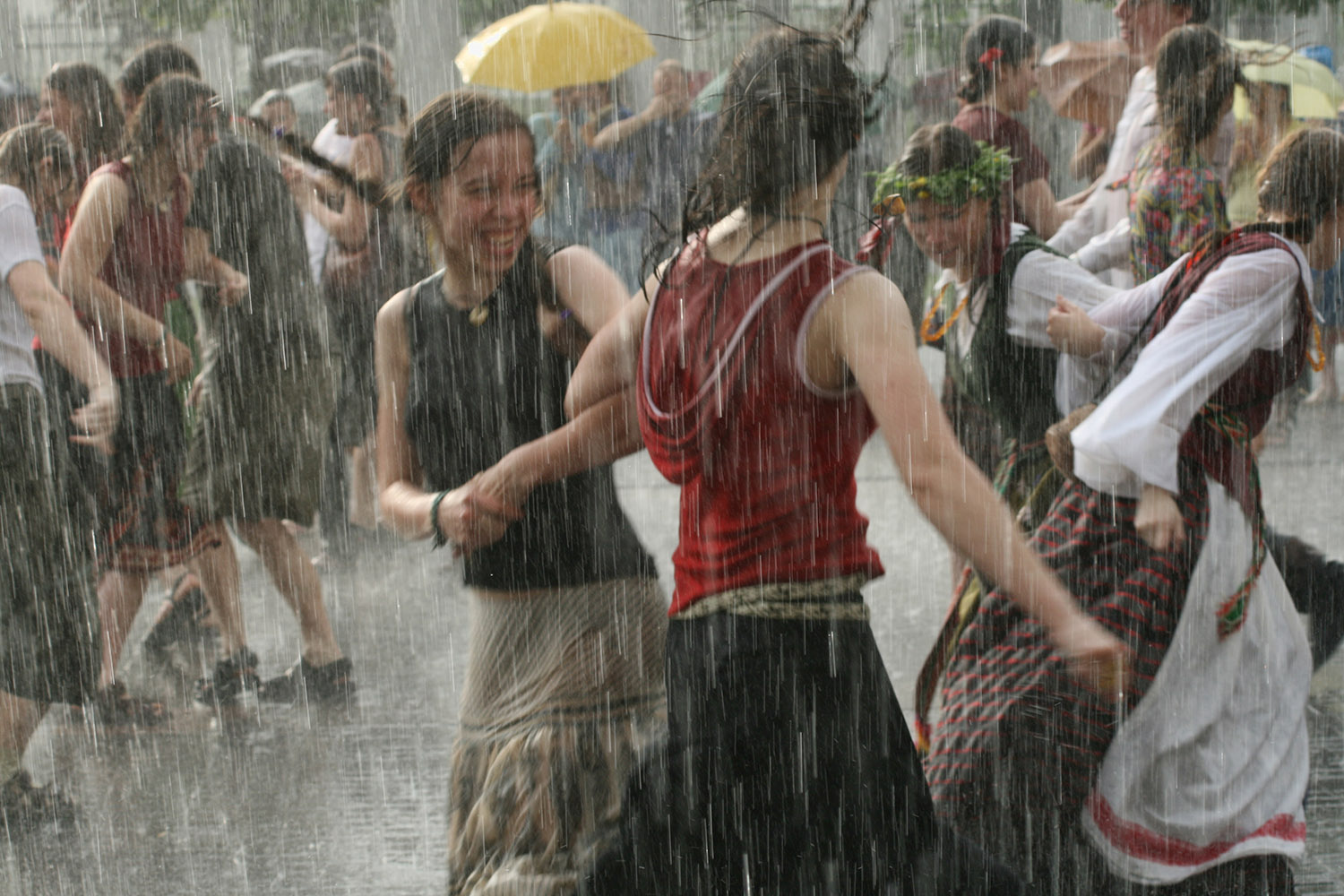 1. Encouraging a network of dance clubs

Dancers from different clubs attend each other‘s events and initiate educational events to attract local people into the movement of traditional dances. The members from different clubs have a tradition to dance together on the New Year’s night, during the Shrove Tuesday carnival and on various other occasions. Joint seminars are organized to develop traditional dance clubs’ activities in Lithuania.

Such gatherings offer a diversity of cultural activities: dance parties as social events; night dancing as special occasions; workshops on dance, music and crafts (during the annual summer camp); dance workshops and parties in schools for children and teachers, village communities, etc. An impressive performance “Whole Lithuania Dances”, started in 2015, invites everyone to dance Lithuanian traditional dances simultaneously in different towns in Lithuania and abroad. 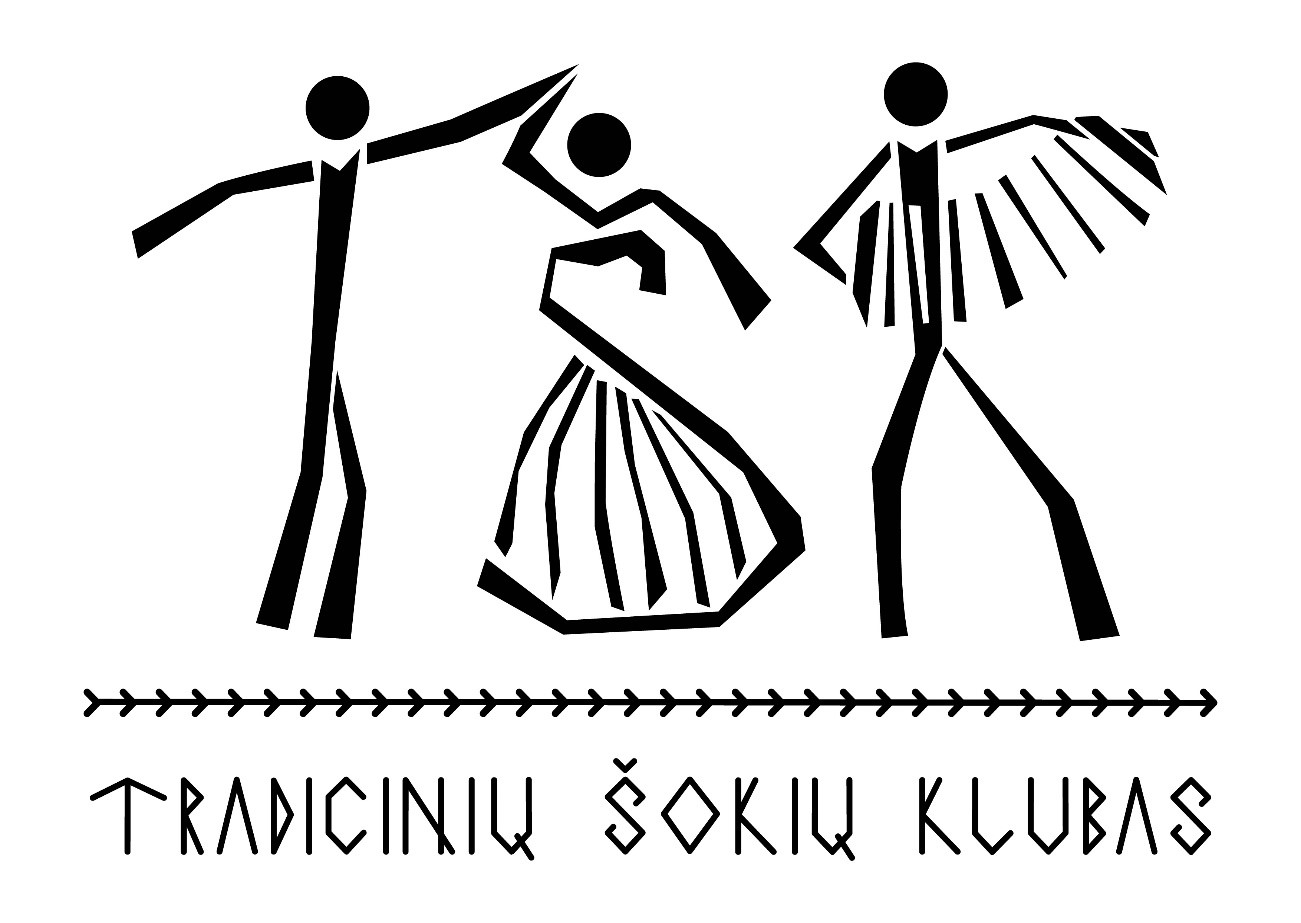