The municipality of Harstad has rich traditions when it comes to singing. There are a number of choirs in Harstad, and the town is home to many well-known musicians and songwriters. In 2014 Harstad also became the world’s first safe haven for persecuted musicians. But in the last few decades the everyday singing has reduced, in schools among other places, and singing is a less natural part of our lives than before. By everyday singing, we mean singing for reasons like joy, togetherness, health and learning, rather than for accomplishments and developing talent. Still, the everyday singing plays a role in the lives of many inhabitants of the municipality. Some teachers are still singing with their pupils in schools and kindergartens, nursing homes and other health institutions arrange singalongs, and a relatively large proportion of the population are spending their free time at choir practice. For this reason the municipality of Harstad became a pilot for the project “Singing Norway” in 2015. From the start of the project period, the plan for strengthening everyday singing in Harstad has been to build on what is already there. The intention was to promote singing by creating networks between institutions and situations where song is already commonly found.

Above: Children and choir members getting ready for concert at the cultural center of Harstad. Photo: TAK

The aim of the project is to make a common repertoire for the whole municipality. In the same way that a choir has a list over all the songs they know and can choose from on different occasions, this would be a collection of songs that the municipality would have in common.

An additional goal was to raise awareness around singing, and to get people in Harstad to think about how they use singing in their everyday life, and which songs they are using.

The final aim was to get to know each other’s songs, and make it easier to meet and sing together. Hopefully this could create new arenas based on the repertoire, and by that way strengthen the song tradition in the town.

In the fall of 2015 the process of collecting the songs began. The idea was that this was going to be a common repertoire for all of the people in Harstad, and therefore we wanted contributions from all ages. In addition, since the project primarily deals with everyday singing, we wanted contributions from people that sing songs as a part of their daily life, not necessarily professional singers.

The first part of the collection was done by arranging a vote in collaboration with the local newspaper. The next step was to invite all of the schools, kindergartens, nursing homes and other health institutions of the municipality, in addition to volunteer organizations like choirs, to participate. 43 suggestions were submitted in this process. Including the 10 songs from the newspaper poll, we ended up with a repertoire of 53 songs.

These songs have been published in a book containing the sheet music and lyrics of all of the songs. The book has been given out for free to all the institutions and voluntary associations of the municipality, and it is also available for borrowing in the library.

The repertoire was celebrated with a concert at the local Arctic Arts Festival in june 2016. Here, local school children sang together with the nationally known singer and songwriter Ola Bremnes, who also has written some of the songs in the repertoire.

In the aftermath, this repertoire has been used in smaller song gatherings around the town, for example when children from Day Care centers have visited nursing homes and arranged singalongs together. Songs from the common repertoire have also been used in different arrangements organized by the municipality like opening ceremonies and public meetings. In 2017 The Norwegian Choral Society (Norges Korforbund), the local newspaper Harstad Tidende, and the municipality of Harstad collaborated on arranging a large concert in the cultural center of Harstad based on songs from the repertoire. This concert will feature some of the original songwriters and artists singing together with local choirs and children.

This project aims to promote everyday singing. This means singing, not for the purpose of performing, but rather for the joy it brings to the person who sings, the unity we feel when we sing together, for health benefits you can gain by singing, and singing as a method for learning.

To make a repertoire that can represent the entire town, it was important to involve the local singing community. Local festivals, musicians and volunteer associations have been valuable contributors and helped to create awareness about the project.

To create a repertoire that would make Harstad a more song-friendly municipality, different communication strategies were employed. The repertoire was made accessible to the people in Harstad by publishing an official songbook and giving it to all the institutions of the municipality and the volunteer groups. To ensure that it was established as a common repertoire and used as a base for new song meetings, it has been important to arrange events to create awareness around the project. The concerts under the Arctic Arts festival in 2016 and in the cultural center in 2017 are examples of this.

Stunt under the Arctic Arts festival 2016. The mayor is giving out free parking in return for a song.
Photo: Hilde Therese Angell Johnsen 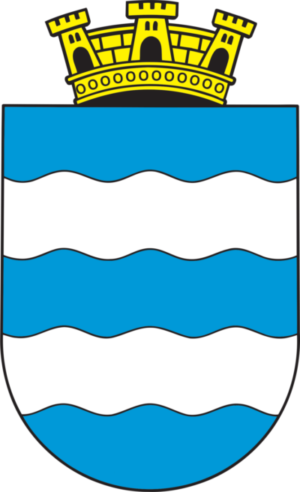 Kulturenheten
Kulturenheten (the cultural Office) in the municipality of Harstad intends to be a local center or cultural development for children and youth, and a facilitator of cultural services in general for the inhabitants of Harstad. The office is responsible for implementing the Singing Norway-project in the municipality. Song and music have long traditions in Harstad. Harstad hosts nationally and internationally important festivals, including the Arctic Arts Festival and the largest cultural center in the region is located in the town, where the Norwegian Army Band, Northern Norway also have their base. In 2014 Harstad became the world's first safe haven for persecuted musicians. The choir community is also very strong in the town and in 2013 Harstad was named Norway's first choir city of the Norwegian Choral Society (Norges Korforbund). It is also political agreement that Harstad is a singing municipality, as demonstrated by its participation in the national project Singing Norway.
Contact: maren.aurebekk@harstad.kommune.no Visit web page